In 1987 Mike Slaight, a member of Sachse Christian Church in Sachse, Texas was looking for a way to get more involved in the church and charitable organizations and contacted minister Bob Stewart, who told him about Rev. Feliberto Pereira in the Rio Grande Valley. Mike called Rev. Pereira who discussed the need for clothes and shoes for the refugees he was helping and the need for toys for displaced children at a small orphanage just across the border in Mexico. That winter, Mike along with his wife, Samanthia and young son Mark, made the first trip in their van to the Rio Grande Valley delivering gifts that had been collected from church members, family, and friends. 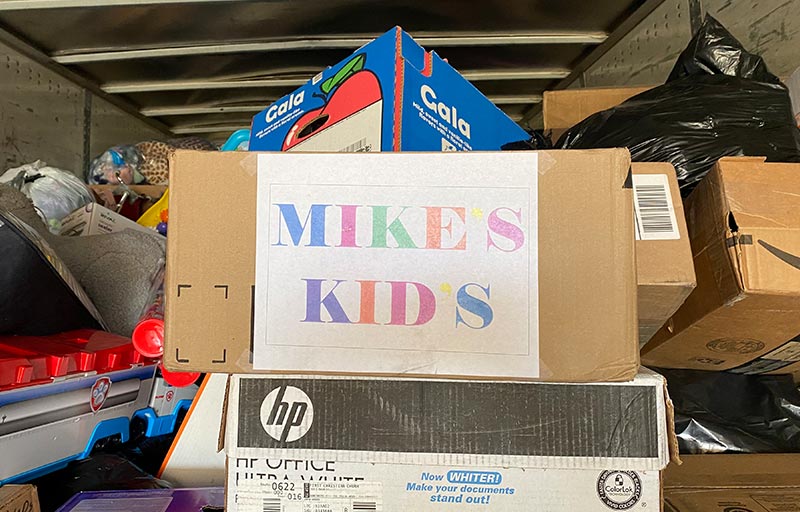 Mike then asked Rev. Pereira what else was needed who answered “shoes.” Without hesitation, Mike began to take off his size 13 shoes. Rev. Pereira laughed and said they needed much smaller sizes. Over the next few years, Mike continued to coordinate trips to the Valley to deliver clothes, toys, shoes, food, and various items for the very needed.

Mike passed away in the summer of 1990. His father, Hank Slaight continued the project with the same intensity. Through the tireless effort of Hank, Mike’s Kids (as it soon became known) grew in the number of churches participating and the amount of clothes and toys being delivered.

Banana boxes took on a new meaning when Mike and Hank started the yearly collection of toys and clothing. In September of each year, many local grocery stores are contacted and asked to save their empty banana boxes for them. The banana boxes are then distributed to the churches in the North Texas Area. After this, People are asked to fill the boxes with new or “gently used” toys and clothing. In December of 2003, over 1,600 boxes were filled and carried to the Valley in a 53′ 18-wheel semi-truck and trailer. The trailer was filled from top to bottom with food and large toys in the remaining spaces. 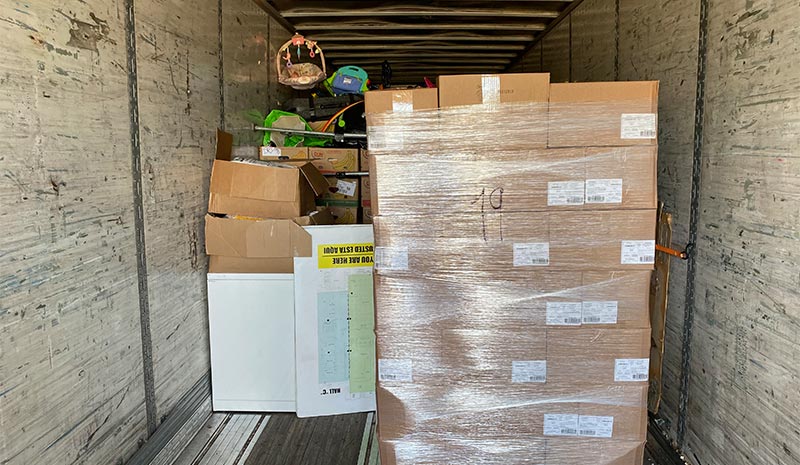 In October 2003, Hank Slaight passed away. His grandson, Mark (Mike’s son), now coordinates the Mike’s Kids project along with tremendous help from his sister, Christina Gill, and longtime family friend, Marvin Carter. Not to mention the countless tireless volunteers and local ministers.

For over 20 years, toys, clothing, and food have been collected and dispersed. From a loaded van to a full semi-trailer, people from many denominations and churches now know about Mike’s Kids and share the same concern for the “poorest of the poor” providing this help through the Southwest Good Samaritan Ministries.

Mike’s Kids has continued until this day.

Up To 2x Decrease or Increase of Original Size

Mike then asked Rev. Pereira what else was needed who answered "shoes." Without hesitation, Mike began to take off his size 13 shoes.